Over the past 20 years, with the development of foreign large-scale complete sets of technology, a series of new complete sets of equipment and single machine have appeared. The characteristics of the development of new complete sets of equipment related to valves are large-scale, high parameter, high-performance automation and complete set.
Refining equipment: the largest refinery 36.4 million tons / year (Virgin Islands in the Caribbean), 30 million tons / year (Venezuela). At present, there are nearly 30 refineries with a capacity of more than 20 million tons per year.
The processing capacity of the largest unit oil refining unit is 24 million tons / year for atmospheric and vacuum distillation unit, 8.24 million tons / year for catalytic cracking unit, 5.69 million tons / year for reforming unit and 3.2 million tons / year for hydrocracking unit.
Oil and gas long-distance pipeline equipment: in recent years, long-distance pipeline has developed rapidly. The main reasons are as follows: 1) the cost is low, which is only 1 / 3 of the railway transportation; 2) it is buried in the ground and is not easy to be damaged; 3) the pipeline construction speed is fast and the investment is low.
The longest oil pipelines are 4830km (Iran) and 4665km (former Soviet Union, friendship line). The longest oil pipeline is 4578km (Houston to New York, USA).
The longest gas pipeline is 7680 km (from Alaska to the western United States via Canada).
The maximum pipeline diameter is 1620 and the proposed 2500.
The maximum pipeline pressure is 9-12mpa.
Ammonia plant: 540000 T / A and 500000 T / a respectively.
Ethylene plant: the maximum capacity is 500 kt / A to 800 kt / A.
The maximum unit capacity of power generation equipment: 1.3 million kW (made in USA and Switzerland), 1.2 million kW (former Soviet Union) of single shaft thermal power unit, 1.3 million kw of maximum nuclear power unit (Germany)
It is suitable for the maximum size of 3050 mm, which is made in Switzerland, and the largest size is 3050 mm, Excluding the weight of driving device 184t (made in Switzerland, Tennessee, USA): the maximum water gate valve diameter is 2750mm, 9Mpa (Japan).
The economic effect of large-scale equipment: To sum up, the first is to improve production efficiency, the second is to reduce infrastructure investment, and the third is to reduce the consumption of raw materials and fuels.
Compared with the refining equipment with an annual processing capacity of 5 million tons, the investment per ton of production capacity is reduced by 50%.
Compared with two 3 million T / a refineries, the investment of a 6 million T / a oil refinery is only 69% of the latter, the steel consumption is 53%, the floor area is 54%, the production cost is 75%, and the labor productivity is increased to 170%.
The power consumption per ton of synthetic ammonia plant with an annual output of 200000 tons is 1450kw. H, while that of the newly built 460000t / a unit decreases to 50KW / h. It is only equivalent to 1 / 29 of the power consumption of 200000 t equipment.
Compared with 200000 units, the unit power cost of 600000 kW generator set is reduced by 10% - 20%, and the construction cost, unit power, steel consumption and manufacturing man hour of the power station are reduced by 20%.
The automation level of complete sets of equipment, foreign petrochemical enterprises have realized direct digital control of the main production process, and some have also realized computer hierarchical control. Chemical enterprises, such as synthetic ammonia ethylene, urea, synthetic fiber, synthetic rubber and synthetic plastics, generally realize patrol detection and alarm, some realize closed-loop control and local optimal control. The development of large-scale generating units above 200000 kW is generally towards computer control. Computer control is widely used in nuclear power plants. The long-distance pipeline system is controlled by computer in many countries and equipped with microwave communication system. There are only 2-3 persons on duty in the general control room. The working condition of the whole line can be monitored by TV.
The control mode of these complete sets of equipment also requires the valve to adapt to it. Therefore, in the past 20 years, the control mode of foreign valves has been greatly developed. In addition to the general manual, mechanical, electric, pneumatic, hydraulic transmission, electro-hydraulic, pneumatic, automatic control valve varieties continue to increase, and there is a further development trend.
Series variety level
With the improvement of various complete sets of equipment, process flow and performance, the series of valves abroad are still increasing, and many new types of valves have appeared in recent years. Such as: emergency shut-off valve, fast on-off valve, fire damper, anti-static valve, temperature and pressure reducing valve, butterfly check valve, pressure relief valve, vacuum jacketed valve, water-cooled or air-cooled valve, safety gate valve, safety stop valve and other new valves, among which ball valve, butterfly valve and flat gate valve are the fastest-growing valve varieties in the past 20 years. At present, the basic technical parameters of the highest foreign valves are shown in the table above.

Quality level of valve products
A. Sealing reliability. In foreign countries, the sealing degree is classified into three grades according to the specified use and selection of products. 1、 The second stage is used for the place with high sealing requirement, and the third stage is used for general medium and low pressure industrial valves. Although the leakage values are different, there are provisions for leakage. There are standards for leakage of foreign valves.
B. One time opening and closing time of valve. Some valves require opening or closing within a short period of time. The length of one-time opening and closing time marks the merits and demerits of valve performance. The opening and closing time of some valves in the United States has reached millisecond. For example, Ames Research Center only needs 1 ms to open a 6-inch 300 lb gate valve, and only 0.6 s for a medium caliber dn350-400 fast on / off valve, and 0.05-0.1s for opening and closing the ball valve
The operating temperature of the valve is 1267 ℃, the flow rate of the medium is 11 times of the sound speed, 3640 M / s.
Manufacturing process level
Casting: foreign castings are cupola and electric furnace duplex, cast steel is electric furnace plus refining. The quality of liquid metal is high, the chemical composition is stable, and the molding is resin sand. Most of the automatic lines or mechanical modeling (mechanized molding accounts for about 50%) are controlled by microcomputer. The equipment is advanced, the casting size precision is high, the surface is smooth and the sand cleaning method is good.
Forging: most of foreign countries use die forging, and multi direction die forging and closed film forging have been used. The forging quality is high and the material utilization rate is up to 95%. The maximum forging diameter can reach DN500.
Heat treatment: most of the heat treatment in foreign countries has adopted controllable heat treatment. For example, in Japan, the controllable treatment has accounted for about 70% ˇ 80%, and others have adopted vacuum heat treatment. New processes such as ion nitriding, soft nitriding and chemical treatment are also used in nitriding.
Mechanical processing: foreign processing equipment has been automated, numerical control and has been used in the machining center, there are also the application of group control equipment for processing, the general use of group technology and clamping tools, digital measuring tools, equipped with a dedicated clean assembly workshop, the test equipment is advanced and complete, and the leakage detection means are advanced.
Specifications, varieties and technical standards
In terms of specifications, there are about 8000 specifications in Japan and 28000 specifications in the former Soviet Union. Many valves are "derivative valves" with different materials, connection types and sizes on the basic type. There are as many as 100 kinds of valve materials produced in the developed countries in the world. There are 50 or 60 kinds of steel for steel casting, especially many series of ultra-low carbon steel, which are developing rapidly. Therefore, the adaptability of foreign valve products is very strong. Therefore, there are many corresponding valve standards, including 355 items in the former Soviet Union, 177 items in Germany, 117 items in France, etc. foreign technical standards pay attention to the comprehensive indexes of product performance, quality and reliability.

Next Analysis on the future development trend of global valve products 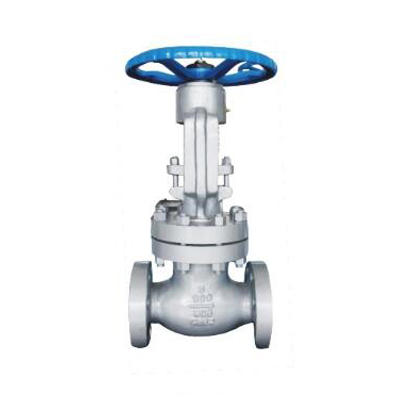 Analysis on the future development trend of global valve products 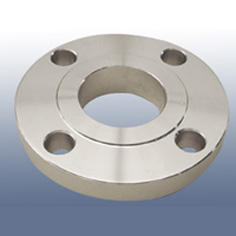 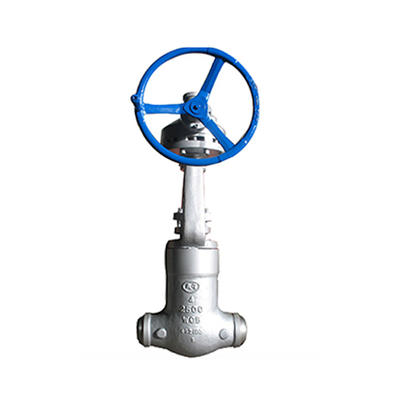 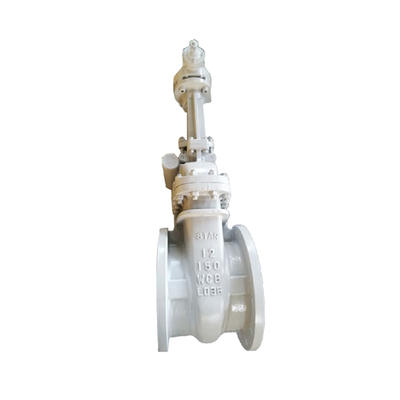 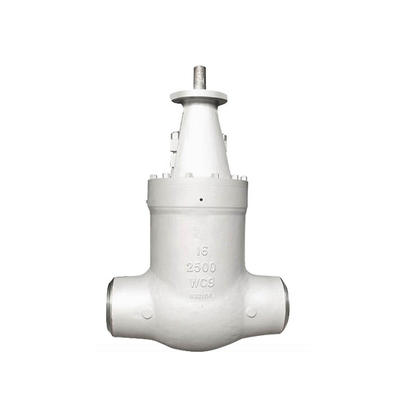 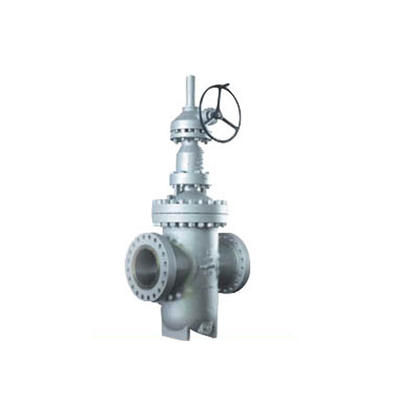 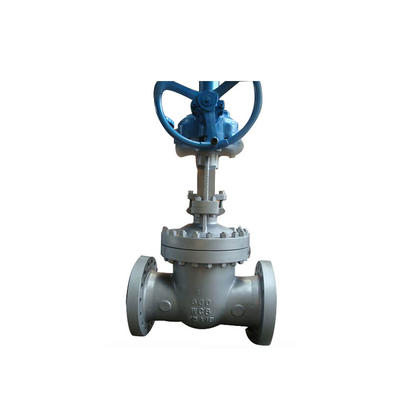 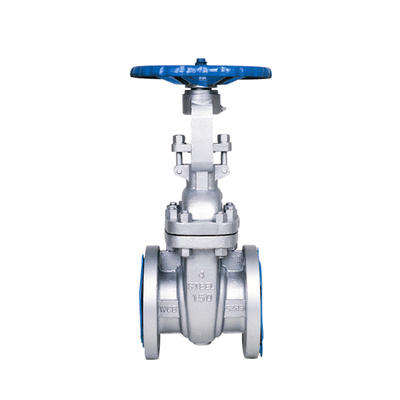